If you want perfection, we will show you some essential procedures when dealing with pasta. These small tricks will help you make your meals even more practical and refined.

And now, the most expected moment: Pasta is already on the table, ready to be served!
The time has finally arrived to enjoy all the flavours of a delicious dish.

To eat long pasta in an elegant and proper manner, you should do as follows:

Knifes are not the best tool when handling pasta: the general rule is never to use a knife to cut the pasta.

Long threads of pasta, when served with too much sauce, or with a thick and dripping sauce, can be hard to handle.
To prevent any accidents or less pleasant situations when sitting at the table, opt for serving these pastas with other types of sauces.

As a curiosity, in Italy in public places it is not deemed proper to eat your pasta using a spoon to help. 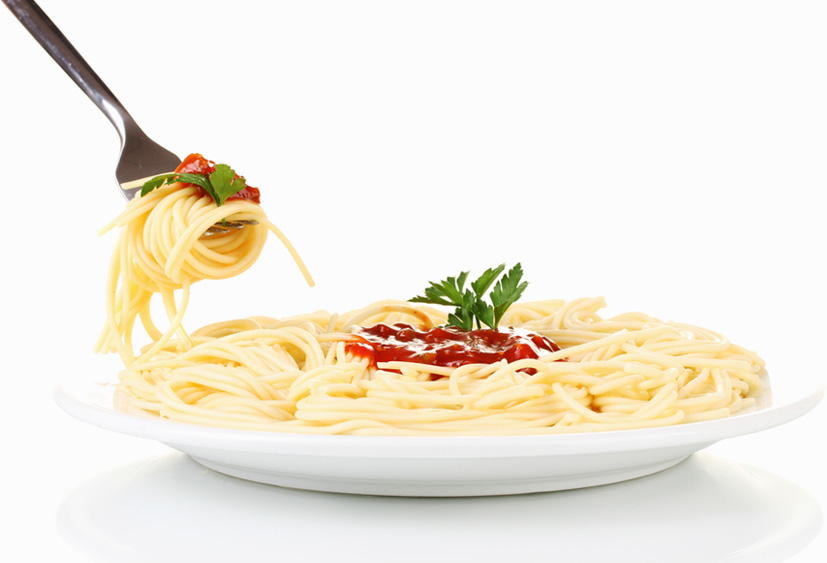 In just a matter of minutes and with some ingredients, you can prepare a delicious meal with pasta being centre stage! We want you to have everything you need, so below we present you a list of different products that can help you make your dishes even richer.

And obviously you’ll need, pasta…plenty of pasta in your pantry! And don’t forget salt and olive oil.

The following items are also important:

Don’t forget to explore your fridge, also: if you happen to find any type of diced or filleted fish, or ham, white cheese, mozzarella or gorgonzola or any other type of product that might be adequate to go with pasta, take the chance and add them to it!

To end this stroll through the best ingredients to go with pasta, we leave you with a piece of advice:
whenever possible, avoid buying already grated parmesan cheese. Opt for grating the cheese when serving the dish and you’ll find your meal more tasteful. Parmesan is a relatively expensive cheese but just a small portion can be used several times. 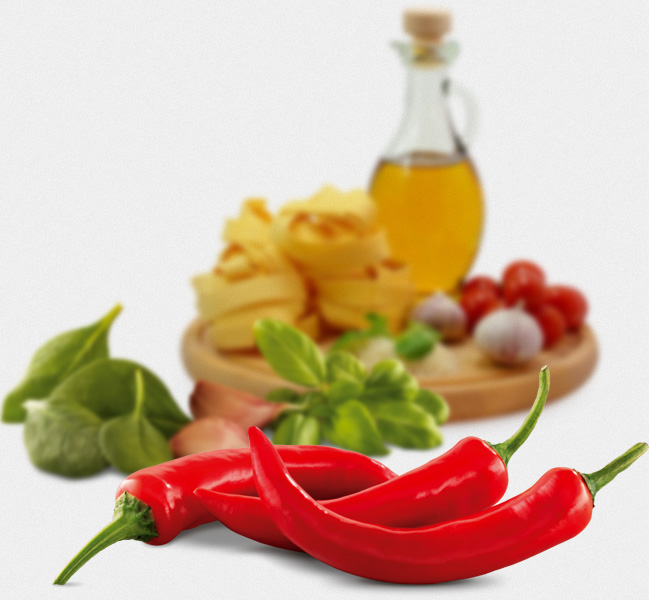 Pasta is a very simple and easy ingredient to cook!
After looking at the following list, check your kitchen to see if you have all the tools you need for preparing a beautiful pasta dish!

A pot, preferably a large one, for ensuring that the pasta has enough room during cooking and remains loose (there are specific pots for cooking pasta, including the drainer);

A large wooden fork for stirring and removing the pasta from the pot and check the cooking level;

A toothed skimmer for removing the long threads of pasta from the pot;

A large drainer for draining the water;

A pincher to serve the pasta properly. 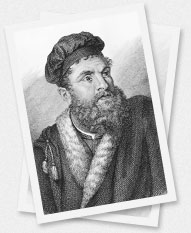 Legend has it that it was Marco Polo who brought pasta to Venice. However, we know that long before that, in the 5th century b.C., the Greeks already used a mix of water and flour, dried in the sun and boiled in water, for food.

The issue still raises some controversy and nowadays, several countries, like China, Japan, Korea, Germany, France and Italy (just to name a few) claim to have created this fantastic food! The doubt will probably remain unanswered.

One of the few things known for sure regarding the evolution of pasta is that the discovery of the first mix involving wheat flour and water happened during the late Neolithic period, around five thousand years before Christ.

This was maybe the first step towards what now is known as pasta.

And this is just the beginning of a long story.

There is also evidence that in the 4th century b.C., Etruscans represented through painting several tools used for making home-made pasta.

The classic civilizations (Greeks and Romans) have several testimonies that evidence the existence of pasta in their food habits.

In ancient Greece, Plinius, the Old, referred to “maza” when referring the thin strips of pasta boiled or fried over a hot stone. 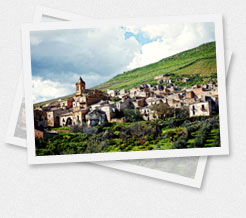 In Rome, around year 170 b.C., bakers would produce “stracta” – a fresh or dry pasta that was used for thickening the sauces or lining savoury pies.

The first historical records that evidence the production of dry pasta, in a relatively industrial scale, are those by Al-Idrisi. This Arab geographer states that in a location near Palermo, in Sicily, “there was abundant production of pasta in thin strips”.

This pasta was designated by “trii” and was exported to several other sites, including by boat.

In the archives of the city of Genoa, a document dated back to 1279 includes an inventory of the heritage of a Genovese soldier, referring a “basket of macaroni”.

If there were still any doubts, this document would settle them for sure because Marco Polo was travelling between 1275 and 1292 and therefore he could not have brought the pasta to Italy. 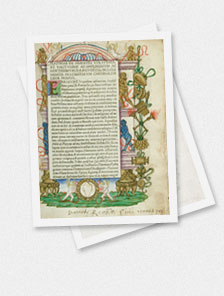 It was in 1400 that the Italians implemented definitively the marketing of pasta.

In his book “De Honesta Voluptate”, by Platina, some pasta recipes are presented, particularly a “pasta that should be rapidly cooked” never exceeding the time needed for praying the Holy Father.

This is probably the best way to understand the special appreciation that Italians have for pasta cooked “al dente”, not very uncooked and not too cooked. In 1533, a wedding banquet already included two pasta dishes: one prepared with a roasted meat sauce and cheese and another with butter, sugar, honey, saffron and cinnamon. And this is how pasta was introduced in the French court and gastronomy.

In the 17th century, the population of Naples grew intensely and it was necessary to sort out how to feed that population. It was necessary to invent a system for preparing the flour intended for producing the pasta. Until then, the flour, in large quantities, was mixed with the feet – a process that was not of the taste of King Ferdinand II. But a simple idea helped solve the problem: engineer Cesare Spadaccini invented a bronze machine with a mechanical press that was used to mix the flour. This idea pleased the King and provided a substantial increase in pasta production.

By the late 18th century, Naples was already leading the production of pasta; records show the existence of 280 pasta shops in the city, around the year 1785. 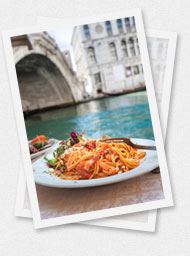 Throughout the times, pasta became an increasingly popular food: in 1740, the city of Venice witnessed the opening of the first pasta factory. Around 20 years later, Parma followed.

Technological inventions appeared in this period allowed the production of pasta at lower costs; this contributed for the pasta to become an even more popular product.

At the time, the pasta was dried in balconies and roofs of the houses and even on the streets. When it was ready for consumption, the pasta was marketed by travelling salesmen that would cook it in coal ovens and serve it with grated cheese. By then, the method used for eating pasta was very practical: all it was needed was to grab the pasta thread with the hand and then take it to the mouth.

In our country, regarding the promotion of pasta, the most relevant year was 1780. In that time, Lucas Rigaud, a cooker for Queen Mary I, published a cooking book which included two pasta recipes: “capellini soup with other types of pasta” and “Macaroni timbale, Italian style”.

We can also add a last information which shows the real passion Portuguese have for pasta: the famous “aletria”, a delicious dessert that has long been a part of our rich gastronomic tradition. 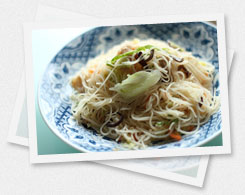 Even nowadays, the pasta is still associated with Italy, thanks to the historic elements available.

In fact, it was the Italian people that thrust the pasta into world fame, but the real reasons for its success lies in its unique characteristics.

In addition to be being tasteful, pasta is very versatile and can take different shapes that combine perfectly with any type of ingredient. That lead pasta to be accepted by all types of gastronomic cultures all around the world, from the United States to China, without forgetting Portugal, where pasta has a relevant role in traditional cuisine.

Its quick and easy preparation made pasta a daily life presence, associating its healthy nature to its practical nature. Throughout history, time has always played a major role and, with the busy life of the more urban lifestyles, time became an essential asset and pasta became an ideal solution.

These characteristics explain why pasta kept, throughout the centuries, its place in the meals of different peoples and cultures, being today a part of the world haute-cuisine, thus ensuring the continuity of pasta evolution.

The history of pasta is therefore incomplete and everyday new pages are written in a tasteful book where tradition lives harmoniously side by side with innovation.

Pasta cooked in the oven can result in delicious meals, being the food that brings good moments to the table, shared in the kitchen or in the living room.

Did you know that oven-cooked pasta is a great option to host a get-together with good food?

Check out some of the advantages:

There are although some rules and tips we have for you so that everything goes according to plan when you cook a great pasta dish in the oven!

Did you know that not every pasta should go in the oven?

Less thick pasta should never be cooked in an oven, due to their low resistance to high temperatures. This being so, pasta like Lasagna, Conchiglioni, Pennoni Rigate, Gobbetti Rigate, or the tasty Cannelloni, are ideal to be cooked in the oven, for they have a thicker consistency in their walls, resulting in fine, delicious pasta dishes.

Oven cooked pasta is great with sauces. The secret to a great sauce is balancing the texture and flavor of it, combining it perfectly with the chosen pasta. From the classic bechamel, to something more ethnic or original, the sky’s the limit, feed your imagination!

If all this left you feeling inspired and wanting to try your handa t cooking with this method, call your friends, invite them over!

Just don’t forget to pre-heat the oven before putting the pasta in. 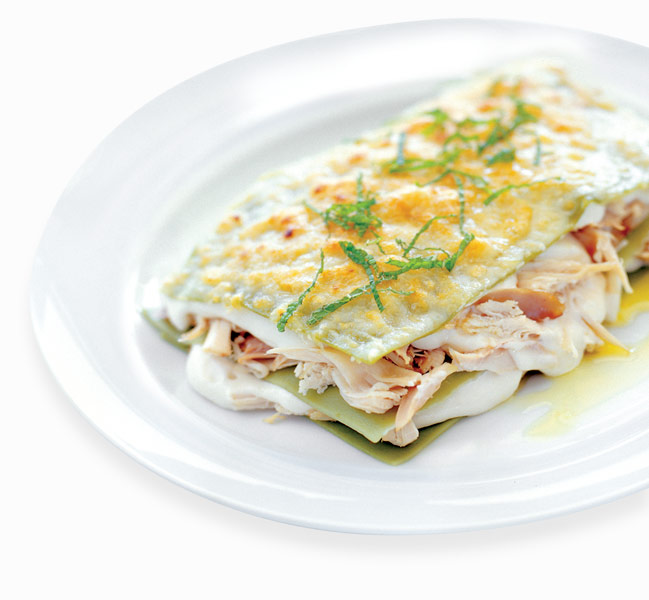